Masalas that will take your Indian food to the next level
Share:FacebookTwitterWhatsAppPinterest
Food

Masalas that will take your Indian food to the next level

Do you love Indian food but find that your home-cooked curries simply do not compare to your favorite takeaway? This guide will help you to achieve the more flavorful tastes that you are craving. The secret ingredient? Masala.

Masala simply refers to the blend of spices that are used to create a dish. Masala powders are the ground version of the whole spices. Ayurveda, which is India’s ancient medicinal tradition, states that different powders influence the body to help maintain health.

How is masala powder made?

Typically, whole spices such as cumin seeds, coriander seeds, and mustard seeds are lightly toasted in a cast iron pan. This can be done with oil or it can be done in a dry but seasoned pan. Generally, they are toasted just until they emit a wonderful fragrance. Then they are allowed to cool before being ground into a fine powder.

Below are a few of the types of masala powder that you might commonly come across as you try different Indian cuisines.

• Simple Coriander Masala: One of the simplest types, it is created mainly from coriander, with hints of cumin seeds, cloves, and cinnamon. This is often used for daily cooking or when someone needs a lighter spice blend. For example when feeding children, the elderly, or those who are ill.

• Garam Masala: Garam means hot in Hindi. This spicy North Indian blend is the one most commonly sold by your neighborhood grocer and so is the one most Westerners are familiar with. It contains a balanced blend of coriander, cumin, black peppercorns, fennel seeds, cloves, cinnamon, and either green or black cardamom. It is used daily in Indian cooking, both for vegetarian and non-veg dishes.

• Panch Phoron: In Hindi, panch means five and phoron means spices. So this is a blend of five different spices. It is used mainly in the Eastern part of India, in Bengal, Orissa, Bihar, Assam, and Jharkhand. The main ingredients are nigella and mustard seeds, with smaller quantities of fenugreek, cumin, and fennel seeds added. Typically there will be far fewer fenugreek seeds which are considered to have health properties according to Ayurveda but are also bitter in flavor. This blend is used in a base of mustard oil or ghee to cook everything from vegetables and mutton to pickles.

• Chaat Masala: Originating in Uttar Pradesh, this is now a ubiquitous feature of Indian street food. Being sprinkled on everything from savory treats like bhel puri to a lighter version used on fruit salads. The ingredients include amchur, cumin, coriander, dried ginger, red chili powder, mint powder, salt, pepper, and asafoetida.

• Sambhar Masala: A staple of South Indian cuisine, sambhar is a spicy vegetable stew. Sambhar masala, which is used to spice the dish, is made of coriander seeds, Bengal gram, black gram, toor dal, red chilis, fenugreek seeds, curry leaves, cumin, asafoetida, turmeric, and black pepper.These are just a few of the many types of masala that you can find in Indian cuisine! Of course, there will be times when, instead of experimenting in your kitchen. You will want to try a new dish created by experts. You may ask yourself, how do I find Indian cuisines near me? So, You will find ChefOnline to be your new favorite portal, allowing you to find a daring new dish or a tried-and-true favorite near you. 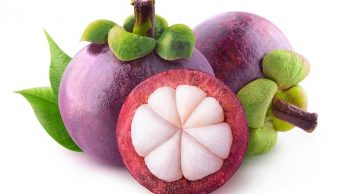 The 10 Best Restaurant In the USA

How to Find a Good Nangs Delivery Geelong Service 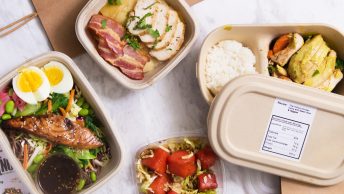 Best Places to Buy Flavoure Nangs near Me

Is it possible to urge the PUBG cake online?

How To Start And Setup Online Cake Order Business